For those of you who reside here in the Valley of the Sun, or those of you who don’t mind long trips, come on out and join the celebration. The launch party and book signing for The Scent of Rain begins at 2:00 PM on April 2, 2017 at the Poisoned Pen Bookstore at 4014 N Goldwater Blvd in Scottsdale, Arizona.

That said…I thought I’d share Chapter 2 of my novel that tells the story of two Arizona teenagers whose fates become intertwined. Rose flees into the mountains to escape from her abusive polygamous community where her only future is marriage to a man older than her father. Adan, whose only wish is to be reunited with his mother, is on the run from the cruelties of the foster care system. Are there any adults they can trust? Can they even trust each other?

I hope you enjoy the read. 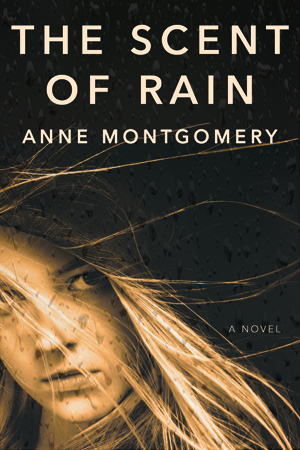 The road he traveled cut through almost two million acres of northwestern Arizona, a remote and unforgiving area north of the Grand Canyon called the Arizona Strip, a land of giant, tabletop mesas and rough red mountains with broken spines jutting into the sky.

He raised his hand, shielding dark brown eyes, wishing he still had his sunglasses, which he’d sold to a college kid in Flagstaff for five bucks. He’d purchased a small cheeseburger and a bottle of water at McDonald’s— the only food he’d consumed since lunchtime the day before—then stuffed the remaining change in his pocket for emergencies. The absurdity was clear. The money was useless. He hadn’t passed a business, a house, or any sign of civilization since the trucker dropped him off.

Adan had been sure another ride would come along, but only a few vehicles had passed by, and the drivers had stared, then ignored the boy with his thumb out. So, he’d started walking. How long ago? He had no idea. The sun smoldered overhead, sucking at his skin.

What had brought him to this desolate place? Adan shook his head. What an idiot! He’d certainly not planned his escape well. His impulse had been to get away as fast as he could, before it was too late. So, he’d simply stuck out his thumb and gone wherever the drivers who picked him up were headed.

He was baking; his arms below the grimy white T-shirt sleeves burned a reddish-brown. Heat radiated beneath the Diamondbacks baseball cap, a parting gift from his mother. He wrestled with removing the hat to cool off and leaving his head covered so the bill would shade his eyes, giving him some chance to see the shimmering pavement stretching out before him.

Up ahead, a dusty unpaved road cut off to the left and snaked across the rocky ground. He squinted up the trail, hoping for some sign of life, but the track disappeared into the hills. He reached for the water bottle he’d tucked into the mesh netting on his backpack and held the container at eye level. The dark grime beneath his fingernails produced a sudden urge to wash his hands, but only an inch of water remained. He thought of the long showers he used to take back in Phoenix, then looked down at his filthy jeans and the once-dazzling white Jordan’s he’d worked so hard for. He felt a sudden rush of guilt, thinking of his poor mother who gasped when she heard what he paid for the shoes. He took great care with his clothes, and his bi-monthly haircuts, always pestering the barber to make sure the razor cuts edging his short black hair were perfectly straight. His eyes filled with tears, and he began to laugh.

Stop it! This isn’t funny, he told himself. He gripped the plastic bottle, crackling the container, the sound piercing in the surrounding stillness. He’d grown up in the Sonoran Desert, had been cautioned by his high school football and track coaches about the importance of hydration, and the damaging—and sometimes fatal—effects of heat sickness. And here he was, in the middle of nowhere with one slug of water left. What a fool.

Adan scanned the area, searching for evidence of a home or at least some shade. But only endless miles of wire fencing crisscrossing the land, spreading away from the mountains and the freshly oiled blacktop that ribboned up ahead, provided any proof of human habitation.

A sudden hot wind pelted him with debris so he shut his eyes tight. When he opened them again, he saw the dust devil dance down the road, the tiny tornado’s funnel a smoky-swirl rising into the sky. He watched the gray shaft sway and twist, then placed the water bottle back in the mesh pocket and slung his pack on his shoulders. He removed his cap to wipe the sweat from his forehead and continued walking, eyes fixed to the golden yellow line that divided the road.

Sometime later, Adan lay on the rocky berm beside the pavement and reached for the bottle. The hot plastic container was empty. When had he finished the last of his water? He lay his head back and stared at the hazy sky and, for the first time, saw the pale half-moon resting overhead.

6 thoughts on “The Scent of Rain Launch Party: Come and join the celebration”