First, let me say that I love animals of all kinds. I am a dog and cat rescuer and even take great care when I transport house-bound spiders outside. My sobriquet – Eco Annie – was earned, in part, because I wholly believe in saving the Earth’s endangered species.

That said, I’ve occasionally had situations with wild creatures that didn’t end well. For them. 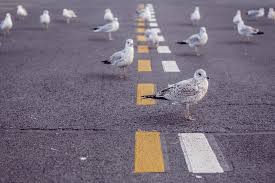 Some seagulls are smarter than others.

Take, for example, the issue of the not-so-bright seagull, a creature I met dramatically on a lonely road along the Lake Ontario coastline. I came upon a whole flock of seagulls lounging on the tarmac. As I sped toward them, I watched the birds lift into the sky. Then I spied a single gull that remained on the blacktop. By the time he lifted languidly into the air, it was too late. He hit the windshield beak first and splatted, feathers flying.

Just down the road, a string of rocks appeared before me. Since my car was still shedding feathers, I slowed way down. To my surprise the rocks were moving, a long string of turtles, migrating from one side of the road to the other. Lovers of these sweet shelled beasts, be comforted. I waited patiently as the last turtle crossed the road, making it safely to the other side. So I was 1 and 1 on the kindness-to-wildlife scale.

Then there was the evening on another lonely road, this one in Western Australia. We were mining in the Outback – I’m an avid mineral collector – and as we left our campsite for the delicious promise of an actual bed and a warm meal, we were warned.

“The kangaroos will be out at dusk, so be careful,” our new Aussie friends explained.

Many vehicles in Australia, cars and trucks alike, boast roo bars because of collisions with kangaroos.

The idea of a shower and a cold grown-up beverage had us ready to roll. Perhaps, it might have been advantageous had we actually considered  those massive metal contraptions that were mounted on the front of many of the vehicles we passed, quaintly referred to as “roo bars”.

“OK! You keep an eye out and yell if you see a kangaroo,” my sweetie pie said.

“Roger that!” I squinted through the windshield at the wild desert land that was quickly vanishing with the light. I surveyed the area, knowing that kangaroos love to nibble on the grasses that sprouted beside the road. 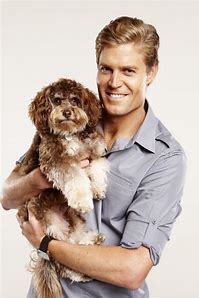 I don’t think even Dr. Chris could have helped poor Skippy.

Suddenly, a head popped into view. “Kanga …” But before I had time to utter “roo” we’d smashed into that beast, spinning it up into the air and off into the shrubs. We skidded to a halt. I jumped out and looked for the animal. Today, after all those episodes Dr. Chris Pet Vet  – which, of course, I watched only to learn about veterinary care – I wonder if I might have been able to help an injured kangaroo. But I was unable to find the poor creature. (Now, if only I could locate Dr. Chris. But I digress.)

Ryan checked the front of the rental, examining the crushed-in hood that would, in the end, cost us a cool thousand bucks. Luckily, the car was drivable. As for Mr. Skippy, I doubt he fared as well as the vehicle.

The next day, on the road back to Perth, I was in for a bit of deja vu, for there in the middle of the road was a flock of birds. Not seagulls this time, but flamboyant mccaws, big birds with long blue and gold feathers.

“Wow! Look at that, Ryan said as we approached.

As before, the flock took flight. And, as before, one stayed behind.

“Crap!” Ryan applied the brake, but the bird disintegrated in an explosion of pretty feathers, bits I later picked out of the grill.

I stared at my sweetie pie. He looked despondent. In less than twenty-four hours, he’d taken out a kangaroo and a mccaw. I patted his arm. “It’s OK. You didn’t mean to do it.”

He started the car and cautiously eased onto the road, carefully surveying the view in front of us.

The thought of hitting a cuddly koala had Ryan driving slower than usual.

“What are you looking for?” I asked.

“Geez! You don’t want to hit one of them!” Visions of koala meat sticking to the car made me shiver.

It took us a little longer to get back to our hotel than it should have, but, luckily, there were no koala parts to remove from the grill.