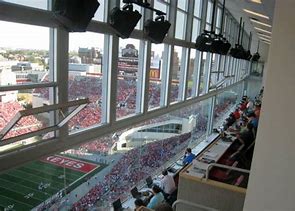 The press box is a serious place with rules and etiquett. I wish I’d understood that before I became a reporter.

I was a sports reporter for about fifteen years. During that time, there were certain job skills I was required to master. One was press box etiquette.

Unlike other occupations where one might seek guidance courtesy of a handbook or instructive power point, I had no way of knowing what was expected in that journalistic inner sanctum. So, sometimes, I made mistakes. Some that earned me the ridicule of my brethren.

One such moment took place when I was diligently watching the Arizona Cardinals lose another game. This was back when the Cardinals were one of the worst teams in the NFL – kind of like now. I was the team’s beat reporter for what was then KTSP-TV in Phoenix, which meant I traveled with the squad, attended games, and filed reports that ran on the evening news. I would watch from high above the field, documenting plays, determining story angles, identifying players I’d like to interview in the locker room following the game, and figuring out what I’d like to ask them, all of which would be pre-packaged for a live shot.

As you might expect, I got to know the players pretty well. Let me say here that, under the circumstances, I do not believe my behavior in the press box was horribly ill-mannered, still the other reporters were appalled when, on one rare, spectacular Cardinals play, I leapt in the air and cheered.

I was greeted by silence. I squinted at the row of reporters who stared at me with disdain. Apparently, cheering in the press box was a serious faux pas. But how was a I to know? No one handed out a list of do’s and don’ts upon entering the press box. And I was just delighted the Cards managed to sneak in something for their very short highlight reel.

The tension was thick. The other reporters turned away as if I had a contagious disease. I slumped into my chair, chastened.

It was during a Rochester Americans hockey game that I got into a bind in the press box,

On another occasion, I watched the Rochester Americans – a minor league affiliate of the Buffalo Sabres – host an AHL game. There was a timeout on the ice. The referee skated up to the scoring table, performed a nifty hockey stop, and got into a conversation with the guys keeping the books. Then, he picked up the phone.

We reporters were startled when the phone rang in the press box. One of the guys grabbed the receiver, listened for a moment, and then looked at me and furrowed his brow. He scrunched up his face like he needed a serious dose of antacids. Then he held the phone toward me and said, “It’s for you.”

Slowly, I put down my pen and rose from my seat. I took the receiver.

“Hey!” The referee said. “Where do you want to have dinner tonight?”

“Um…” I glanced at the other reporters who were waiting, wondering.

Let me pause here and explain that, yes, I was dating the referee. (Never could resist a guy in stripes.) I stared at the ice and he looked up at the press box, gracing me with a rakish grin. Players were waiting. Reporters were staring. I was sweating. What could I say that would sound professional?

“Yes! That would be fine.” I hung up quickly and returned to my seat, acting as if there was nothing strange about a referee calling a reporter in the press box in the middle of a game. I stared at my notes and considered explaining that I had been an amateur hockey official, so we were discussing a rule clarification, but that was just silly. So I focused on the ice, where the ref dropped the puck and the game action resumed.

The other reporters seemed to be waiting for an explanation, but I avoided eye contact and hoped they would be distracted, since what could I say? I knew that dating the ref might be considered out of bounds. I gripped my pen and concentrated as the puck bounce around the ice.

Despite the apparent need for decorum in the press box – don’t interrupt the guys broadcasting the game, pick up after yourself, keep the volume down, cuz we’re working here – there’s one place in that hallowed hall that’s generally a free for all. I’m sure you can guess.

It’s the buffet. No one bats an eye when reporters stuff their pockets with extra cookies or candy bars, or they eat the last sandwhich, even if they’ve already had two. It’s just a perk, the scribes will say. No manners required. That’s one rule that was obvious right from the start.

I wish the others had been that clear.