Finally, the women and girls oppressed by the Fundamentalist Church of Jesus Christ of Latter-Day Saints are getting some payback. An Associated Press article this week trumpeted “Former child bride wins $16M lawsuit against FLDS.”

Elissa Walls was just 14 when now imprisoned cult “prophet” Warren Jeffs forced her to marry her cousin. Judge Keith Kelly said the cult’s behavior “was so extreme that it went beyond all possible bounds of decency and is regarded as atrocious and utterly intolerable in a civilized society.”

Kudos to Walls for bravely and publicly standing up to the horrors of the cult in which she was raised. 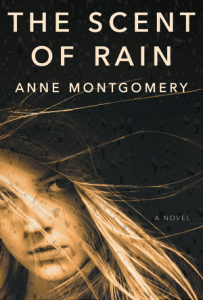 Anne Montgomery’s new novel, The Scent of Rain, tells the story of two Arizona teenagers whose fates become intertwined. Rose flees into the mountains to escape from her abusive polygamous community where her only future is marriage to a man older than her father. Adan, whose only wish is to be reunited with his mother, is on the run from the cruelties of the foster care system. Are there any adults they can trust? Can they even trust each other?  The Scent of Rain is available at https://www.indiebound.org/book/9780996390149 and wherever books are sold

2 thoughts on “Striking back at the FLDS”