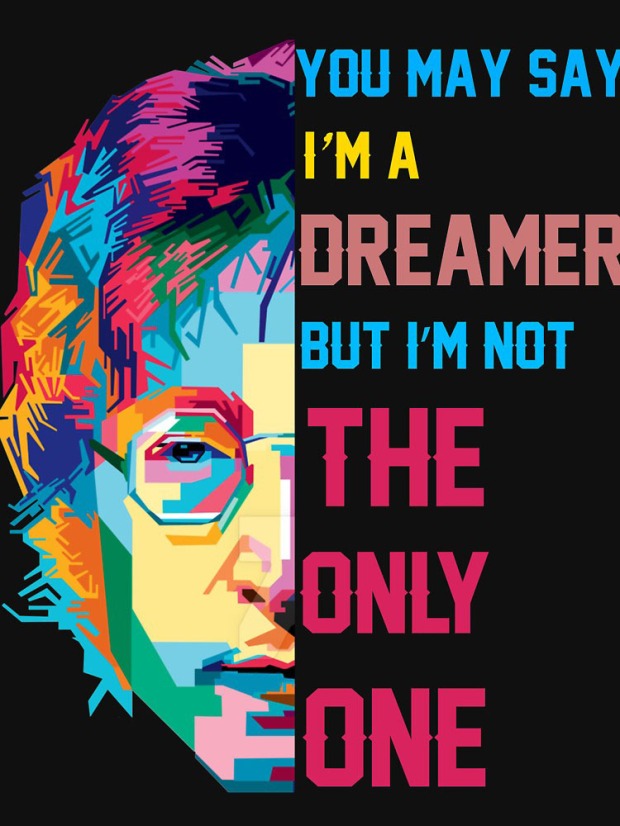 Today, the T-shirt has been converted into a canvas where we display images and ideas that are important to us, and, when taken in their entirety, present who we are and where we stand.

I teach communications skills to high school students. We explore all the different ways we deliver messages to one another: speaking, writing, digital design, radio, video, film.

Recently, I realized I have neglected one of the most common modern modes of communication: the humble T-shirt.

First, a brief history lesson on that most ubiquitous of sartorial artifacts.

“How did the T-shirt become an essential feature in our wardrobes, as necessary as a pair of jeans?” asked Laird Borrelli-Persson in her Vogue article ‘From Marlon Brando to Kendall Jenner, 27 of the Best Classic White T-shirts Ever.’ “The most classic version, a white cotton jersey crewneck that became standard military issue in World War II, is descended from undergarments worn by Navy men in the 1910s. Chanel famously adapted jersey, a fabric traditionally used for underwear, into fashionable womenswear in the twenties, but it would be decades before this hidden staple came out from under, and gradually morphed from a masculine to a unisex garment.”

Today, the T-shirt has been converted into a canvas where we display images and ideas that are important to us, and, when taken in their entirety, present who we are and where we stand.

“The basic tee, after all, is the simplest, easiest piece of clothing imaginable,” Borelli-Persson said. “It’s blank-page quality functions like a screen on which we project our current cultural preoccupations.”

Of course, this idea had me scampering to my closet, where I dove headlong into my stacks of T-shirts, wondering what this mountain of cotton might have to say about me.

I found a multitude of tees identifying me as a teacher: a red and white shirt saying “South Mountain High School Staff,” one displaying the head of a roaring Jaguar, my school’s mascot, and another with swirling stripes reminiscent of a barber pole proclaiming me a “Professional Role Model”, a gift from the student government kids. (See me blush.)

While my school tees denote my present, a bunch of others, similarly themed, represent my future. “St. Croix, U.S. Virgin Islands,” “Jimmy Buffet: Beach House on the Moon,” “Dive Fiji Islands.” My next adventure, when I retire from teaching – two years to go, but who’s counting – is to move to St. Croix, where I can have my scuba gear at the ready to dive into turquoise waters anytime I wish, and end the day with a cheeseburger in paradise, while I sit on my porch, sipping an adult beverage, as I watch the sun dip into the Caribbean.

Elsewhere in my closet, I located a fading black football shirt, washed so many times the cotton feels like a cloud. White letters spell, “Without the Ref, it’s only recess.” And my blue “Umpire Development” tee, which I wore under my chest protector when I called balls and strikes. Both identify me as a sports official, an avocation I have proudly practiced for almost 40 years. Intermingled with those were myriad tees sporting the emblems of my favorite college and pro teams.

I also have a few tees denoting me as a Maricopa County Public Health Volunteer. We’re the folks that get called up when there’s an especially nasty outbreak of the flu, or a terroristic release of anthrax, or something goes awry at the nuclear power plant. Hopefully, I’ll report when called for duty and not go running about like a four-year-old with my hair on fire.

I have a really beautiful black, red, and white T-shirt with Chinese symbols and letters scrawled on the front, a souvenir from a trip to China a few years back. I asked a couple of my Chinese acquaintances what the writing said. After staring at the shirt intently, they agreed that whoever penned the script had handwriting so poor the meaning is indecipherable. Whenever I don the shirt, I’m reminded of the young lady in Beijing, proudly wearing her English language tee that spelled ACNE in capital letters, so perhaps I really don’t want to know.

At the bottom of the pile, I found a shirt that had the state flag of Arizona on one breast: a gold star on a navy background, streaks of red and gold shooting out, a symbol of one of the things we do best here in the Grand Canyon State – sunsets. The back of the shirt said the following, in multicolored letters: “Arizona Kingship Program.”  Smiling, stick-figure children reclined on top of the words. I received the shirt when I graduated from foster mom school, a crash course in parenting that helped me make what, I hope, were the right choices on the road to helping my three boys – who still call me Mom – become men.

And today, somewhere in the mail, a new t-shirt is heading my way. John Lennon’s face appears as a kaleidoscope of color. Then, the words, “You may say I’m a dreamer, but I’m not the only one.”

2 thoughts on “The humble T-shirt”