I was not a horribly bright kid. A low level of dyslexia scrambled my brain just enough to make me hate reading, struggle in math, and earn disapproving looks from my highly-educated parents.

However, what I lacked in classroom smarts, I made up for with imagination. Today, parents are called on to celebrate that creative spark, but I don’t think my mom or dad got that particular message.

How I wish they’d listened to Albert Einstein. “Imagination is more important than knowledge. For knowledge is limited, whereas imagination embraces the entire world, stimulating progress, giving birth to evolution.”

I know for a fact that lots of kids had imagination when I was growing up. After all, we had no cellphones or video games. Nor did we adhere to rigorous schedules filled with sports and hobbies and playdates, all under the watchful eyes of parents who might swoop in should there be the slightest hint we might get our feelings hurt.

Mostly we played. Outdoors. We made up games and managed to keep ourselves occupied for hours without fancy toys. A ball. A bat. And, everyone’s favorite, a big cardboard box. Remember the day mom and dad unwrapped the new refrigerator and tossed that giant carton in the backyard? We’d play with that box until it drooped from the strain of having to double as a neighborhood fort.

One time, however, my imagination got me into a bit of a pickle. If memory serves, my problem began with a TV show about a discovery in France. The Lascaux Caves were found in 1940 when a teenager was walking his dog and the animal fell down a hole. The boy returned later with three friends to explore the depression, only to find fabulous paintings of creatures – stags and horses, bison and birds – as well as humans and abstract symbols. Two-thousand figures adorned the cave walls, artwork estimated to be up to 20,000-years-old. 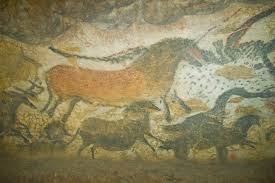 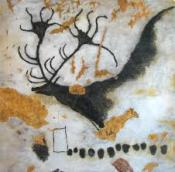 I was captivated. My 12-year-old brain whirled with questions about the ancient people who created the art. I then realized we had paintings on our walls at home, as well. Ipso facto, I determined that prehistoric people had probably lived in my house.

Stop laughing. The whole idea seemed quite plausible. But I needed proof. So, I went out to our suburban New Jersey garage and stared intently at those whitish walls. My dad’s fly-fishing waders – which resembled the bottom half of a booted, rubber corpse – hung on a piece of pegboard and lent just the right degree of gravity.

While it’s true there was no artwork decorating those walls, there was an interesting hollow sound when I thumped my hand in certain spots. It was then that I considered the possibility that ancient artifacts might be buried inside the walls.

I located my dad’s hammer and a screwdriver and, without the slightest hesitation, I began my excavation. It was quite thrilling digging into the wall, looking into the dark space inside, my expectations high as I considered the treasures I might find.

It wasn’t until I heard a car pull into the driveway that I thought I might have erred. I watched my mother step out of our wood-paneled station wagon and stare from behind black, cat-eye glasses.

Did I try to explain? No! I dropped those tools and ran.

It’s funny, I don’t recall my punishment for ruining the garage wall, but I do remember my dad spending the weekend immersed in metal mesh and spackle, mumbling under his breath.

Back then, my nascent attempts at archaeology were considered just plain dumb. But today, I’m pretty sure they’d declare me gifted and put me in a class with other remarkable children.

I think Einstein would have been proud. 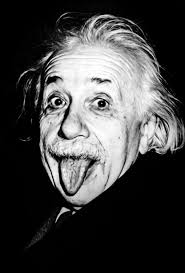 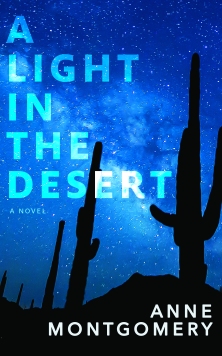