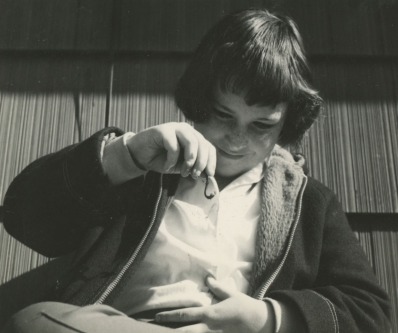 I did enjoy my lizard friends, still, in retrospect, they were lucky they managed to escape.

I have, over the course of my life, been the caretaker of myriad cats and dogs and birds and fish. I know I’ve been a good pet mom to my animal friends, tending to their needs and holding the four-legged ones tight when, old and infirm, we made that last trek to the vet.

While I have done well by my animal friends, who almost universally came from streets and shelters, I do have a dark past involving some beasts, the memories of which continue to haunt me.

When I was maybe five, I found a tiny, featherless bird, who, despite what appeared to be a broken neck, chirped piteously. I held the fledgling up to my mother, who blinked dispassionately behind black cat-eye glasses.

So my mother gave the baby bird milk … and it died.

When I was older, I discovered a crow fluttering in the grass in my back yard. I placed the bird on the patio table and decided he might be hungry. I considered what might be tasty to a crow and determined that corn was the answer. Finding none in the refrigerator, I checked the freezer and was delighted to see a package of Green Giant Frozen Nibblets. I rushed to the patio and sure enough, my crow gobbled up that icy treat. A few minutes later, he toppled over … dead.

Then there were the fishes. Shortly after my mother allowed me to plant a rock garden behind the house, my dad and I formed a tiny concrete pond, not much more than a foot wide. I joyfully filled that small depression with water, but quickly sensed something was missing. So, I grabbed an empty Skippy Peanut Butter jar, called my collie dog Betsy, and headed to the brook to do some fishing. Later, I dumped those tiny fish into my pond, quite sure they would be happy with their new living arrangements. The next morning, eager to visit my fishy friends, I rushed to my pond to discover it … empty! I did some pondering on the mystery and determined that the fish had disappeared with the water though some minuscule crack and were now traversing an underwater stream that would lead them back to the brook.

In a similar fashion, I gathered unfortunate salamanders from under rocks in the woods and plopped them into the terrarium, which I made myself. I gathered soft, green moss, which I was sure the lizards would appreciate, and uprooted other woodland flora to decorate their home. I artfully placed bits of wood and rocks in the tank, along with a jar lid filled with water, so they might get a drink or go for a swim, should they feel the urge. What I never once considered was food. I think I believed my salamanders – some black, some red sporting a dark stripe – would discover reptile sustenance in the dirt somewhere. In any case, the fact that someone, I’m guessing my older brother, “accidentally” dislodged the glass tank top, proved to be a boon for those beasts, because they escaped, heading, no doubt, for the lizard version of McDonalds, never to be seen again.

The good news is that, once I got a bit older, I learned how to better care for the creatures that counted on me for their survival. We kids were required to feed and provide water for our dog and cat every night before dinner. One evening, when we had collectively forgotten to nourish our furry friends, my father admonished us.

“They can’t feed themselves!” he said, clearly disappointed by our neglect. “It’s your job to take care of them. They count on you.”

I stared at my dog, a look she returned with unabashed adoration, and felt ashamed.  From that day forward, my pets have eaten before me. And I have made it my goal to treat all animal friends with kindness and compassion, with perhaps one well-intentioned exception.

The giant goldfish belonged to my two young nieces.

“What’ll we do?” My sister-in-law said, wrinkling her nose at the chubby, orange creature that swam in wobbly circles.

She stared at me. “The girls can’t see him like this.”

I considered the alternatives. Finally, I spread my hands wide. “Put it in a plastic bag and freeze it?”

I won’t say any more about that, except that it seemed kinder and less messy than the hammer option or any of the other routes we contemplated. Surely, you can see that my intention was one of benevolence.