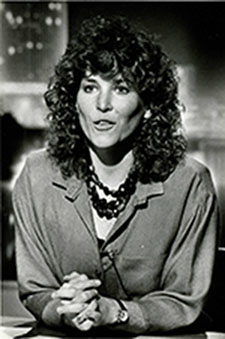 Every woman who plies her trade in front of a camera has a shelf life stamped on her forehead. Mine expired when I was nearing forty.

I’ve been a teacher in an inner-city Phoenix high school for almost two decades and still I get the same question every year.

“You had a big-time job on TV. You worked for ESPN and now you’re here?” Ruben had a smirk on his face, one that at other times was almost angelic, green-eyed and dark-skinned. “Why didn’t you stay on TV?”

I noticed several nods from around the room, my students’ natural skepticism taking hold, once again leading them to doubt the stories about my sportscasting past.

Chris leaned his bulky body sideways on the hard-bottomed classroom chair, a piece of furniture more suited for someone half his size. “Yeah, Ms. M., what’s the deal?”

They would never know just how long and often I had pondered that question. For almost ten years, I did nothing but move up to larger TV markets, garnering the exponential paychecks and ego-infusing attention that went along with my rise.

Then, one day, it ended.

My freshmen students were silent for a moment, for though they were often difficult to deal with on myriad levels, most were not, by nature, cruel.

It was Monique, with thick blue-black hair, almond-shaped brown eyes, and perfect skin, who finally raised her hand. “What do you mean, not pretty enough?”

The explanation was really quite simple. I was a female sportscaster. The target audience for sports encompasses 18-to-34-year-old males. The thinking at the time was that once a woman advanced beyond that age group, she would no longer be of interest to that demographic. Since I did not acquire my first sportscasting job until I was at the relatively advanced age of 28, I actually survived on-camera a few years after my television shelf life had expired.

“No one gets to stay pretty forever, Monique,” I said gently. I watched as she creased her brow, considering what she probably viewed as a depressing future. “Is it really that important?”

“Nobody wants to date a dog,” Eric chirped up, then bumped knuckles with Martin, who was sitting beside him.

“Why didn’t you get plastic surgery? You know, that would probably make you prettier.” Monique examined my face.

“You might be right.” I perched on the edge of my desk. “But eventually they wouldn’t have wanted me anymore. It would have just delayed the inevitable.”

“Inevitable. That means a situation that is impossible to avoid. It’s certain to happen. Do you understand?”

“Yes.” Monique twisted one of the many silver rings that sparkled on her slender fingers.

“How many of you only want to date people who are beautiful?”

Almost all of my students raised their hands.

Boys from around the room whooped their agreement.

“But think about this,” I called out above the clamor. “How many of you hope to marry some day? And, of course, I mean long after you’ve finished school and have a good job so you can support yourselves.”

All hands went up.

“My point is that eventually you will lose your looks. What happens then? Here you are, married to someone because they were attractive, and now, years later, they’re not  so pretty anymore.”

“It is. So while beauty is nice, it shouldn’t be the only reason you go out with someone. I want you to find mates who share your interests. Who you enjoy being with. Who make you laugh. Who will love you even when you’re old and wrinkled.”

“You will miss out on so many fabulous people if you only judge others by their looks.”

Way back in the corner of the room, short, plain Becky was smiling. 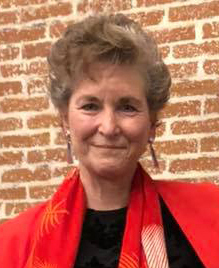 It took a while, but finally, at 63, I’ve come to terms with my expired shelf life. 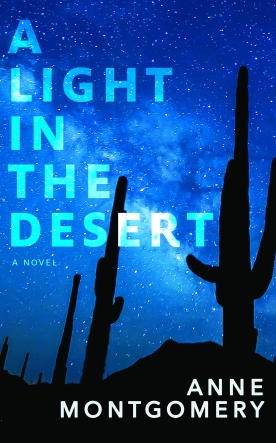 4 thoughts on “The problem with pretty”