Mother’s Day was never a holiday that meant much to me. My biological family is not close and I never had any children. Then, when I was 55, I received a phone call that changed my life. And though I have told this story before, with Mother’s Day approaching, I thought I’d tell it again, because I am so very proud of my boys: Brandon, Ziggy, and Troy. 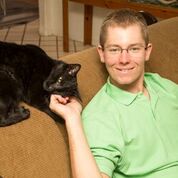 Growing up in a middle-class suburb of New Jersey, the only thing I’d heard about parentless children came from the Broadway musical Oliver, where overly cute ragamuffins danced and sang about wanting more food. And while there were certainly sad points in the Dickensian tale, little Oliver did end up happily ever after with his long-lost grandpa.

On any given day there are approximately 443,000 children in foster care in the United States. More than 23,000 of them age out annually with no happy ending in sight; kids who are much more likely than their peers to drop out of high school, be unemployed, or end up homeless.

The inner-city school where I teach is in the heart of Phoenix and has perhaps hundreds of foster children at any given time. Most of our students live in poverty, so our Title I designation provides many of them with free meals for breakfast and lunch. When summer break rolls around, I find myself anxious. I worry about what might happen to them without the structure the school day provides and the meals many of them depend on to survive. On the last day of classes, I always put my phone number on the board. I tell my students that, if they find themselves in a difficult situation with nowhere else to turn, they should contact me and I will do what I can to help.

Early one summer I got a call from a student who’d been in my class just one semester: a diminutive, dark-haired child with crooked teeth. We spoke a number of times, chatting about nothing in particular. I sensed there was something specific he wanted me to do. But when I asked if I could help him in some way he always said no. Before hanging up, he often reminded me that he would be in my class again in the fall.

When the school year got underway, his name was on my roster, but he did not appear for class. I called his number. The phone had been disconnected.

Finally, he called. He was in a new high school, near the group foster care facility in which he now lived, the result of a harrowing family story, the particulars of which are not important here.

“Hungry? Surely they feed you.”

“The refrigerator and cupboards are locked. And the school won’t let me eat there.” His voice was small. “They said the paperwork would take two weeks.”

“Two weeks!” I was horrified.

Later, I complained bitterly to a woman I work with. “How can they do this?” I said stomping around the hallway like an angry mother bear. “How can they let a child go hungry?”

“Then do something about it,” she said.

“Call the foster care people and tell them you’d like him to live with you.”

I never had any children, though I’d tried over the years. Sometimes, I felt badly about my inability to conceive, especially when faced with baby showers and kids’ birthday parties. However, I was no longer tormented by the fact that I wasn’t a mom and had long ago given up on the idea.

Still, I made the call to the foster care folks. Then, I spoke with the boy on the phone and asked if he’d like to come live with me. After a brief pause, he said yes. I also called a judge I know to expedite the process. Since I was a teacher, my fingerprints and background check were already on file with the state.

Two weeks later the child was placed in my home. Then came foster mom school: ten Saturdays of parenting classes, followed by braces and homework and house rules and laundry – teenage-boy socks were a shocking revelation – and conversations about curfews and girlfriends and part-time jobs and life after high school.

Three years flew by at a manic pace, making me marvel at the incredible stamina parents must maintain while rearing their children. Strangely, at almost the exact moment boy-child number one headed off, boy-child number two appeared. Once he’d been safely launched, a third boy arrived.

My only problem with my parenting turn was how to explain it. “Do you have any children?” well-meaning strangers sometimes ask.

I used to answer by saying, “Yes, well, sort of.” After which I’d mumble my way through the details.

Then, I remembered that day when I sat silently with a small, frightened boy-child, as we drove together to school. Wanting to fill the empty space between us, I said, “You know, you can’t keep calling me Ms. Montgomery. The kids in the neighborhood call me Annie.”

He didn’t speak for a long time. Then, staring out the windshield at the road before us, he said, “You know, I’ve never had a mom. Can I call you Mom?”

Even though they’re now in their twenties, all three of my boys still call me Mom. And today, when anyone asks if I have any children, I simply say, “Yes, I have three sons.”

4 thoughts on “The call that made me a mom”