I woke with a start, saddened by the dream that had my sweetie pie abandoning me, leaving me alone in a mostly empty bar with no money or credit cards and no way to get home. I quickly felt silly, as he would never do such a thing.

A short time later and rather strangely, he magically appeared in my room. Now this might not seem shocking to some, considering we have been dating for a quarter of a century or so. But it is, because … we don’t live together. (Stop hyperventilating.)

We reside on the same street, separated by eight houses. Which has worked out splendidly over the years.

How so, you ask? Well … we don’t see each other much during the week, which means we rather look forward to our time together, almost like giddy teens. And we are just close enough that in the event of a Zombie Apocalypse, he can rush over to my place – it takes about 30 seconds – get inside and lock the messy creatures out, while we enjoy the contents of our prepper kit: a few cases of wine, chocolate, dried fruits, various cheeses, peanut butter, and Triscuits. (Admit it. You’ve never seen mold on a Triscuit. Hence the perfect durable whole-wheat repast for waiting out the End Times.)

“What are you doing here so early?” I asked.

The idea was shocking on two counts. I myself had just had a bad dream. And he almost never remembers dreaming.

“And?” I turned back to the mirror to finish applying my mascara. (I wouldn’t want to head to school without makeup. One mustn’t terrify the children.) 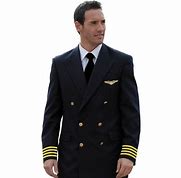 “You left me for an airline pilot.”

“I don’t know.” He squinted.  “But you told me not to worry because we could still hangout and be friends.”

We’ll, of course we could.”

He shook his head. 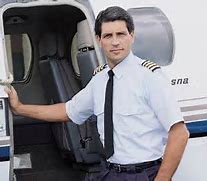 “Alright, no airline pilot.” I sighed and turned back to the mirror, thinking how odd it was that we both had you-left-me dreams at virtually the same moment. “Why do you think we had those nightmares?”

“You know … I wouldn’t leave you for an airline pilot.”

2 thoughts on ““You left me for an airline pilot!””