What will become of sports in the age of the Covid-19?

It’s been a while since I’ve had my sports hat on, still considering I spent about 15 years as a sports reporter and another 40 as an amateur official I thought I’d add my two cents to the sports conundrum we face in the wake of the Covid-19.

Today, sports are imperiled as never before. Professional leagues are grappling with their deep desire to return to some sense of normalcy – see dollar signs here – and with keeping the feeder lines that supply them with athletes open and healthy. But how can this be accomplished in the age of Covid-19?

Does anyone really believe, as Major League Baseball and the National Basketball Association have suggested, that they can test and secure their players, keeping them locked down between contests? I’ve seen the groupies massed outside of professional locker rooms, and while I’m sure their presence could be curtailed at the arenas, does anyone really believe those healthy young men who play the games will keep their hotel rooms firmly shut when those pretty girls come calling.

Note that I’m not being critical of the adult parties involved. I’m just pointing out the obvious. Curfews will be broken. Infection will spread. What then? If one player has the virus, will games be cancelled? Will whole teams be quarantined for weeks at a time? What happens to the season then? 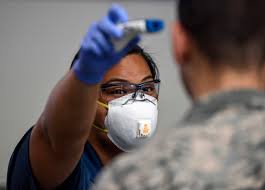 More resources are needed to provide and process reliable Covid-19 tests. Should we be utilizing hundreds of thousands of tests to keep athletes healthy just so they can play games?

Additionally, hundreds of thousands of tests will be needed to make sure athletes are healthy enough to compete. When you consider that average people have to jump through a multitude of hoops to get tested, is this really a good use of our healthcare resources?

Then there’s college sports. Fall athletes are now in the process of signing release forms, documents saying schools are not culpable should players contract Covid-19. This is a bad look for colleges that pretend to care about student-athletes. Athletic programs hold a great deal of sway over their young charges, so athletes will be coerced to “do it for the team” and will fall in line because that’s what they’re trained to do. Dissenters who struggle with playing during a pandemic will be labeled outcasts by their teammates and coaches and subsequently shunned. I doubt many will follow that route even if suiting up terrifies them. 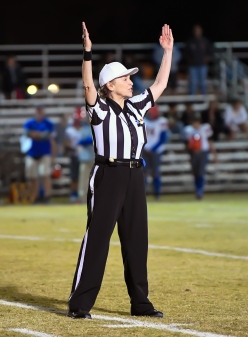 I’ve been a football official for 40 years and I can’t see a way to make athletes on the gridiron safe from Covid-19.

And what of high school sports?  Currently, it’s football that gives me the most concern. I officiated on the gridiron for four decades, and from my vantage point as a referee I could see spit flying on almost every play, especially from the lineman who go head-to-head on every snap. No way to social distance there. And those big guys up front are often overweight, making them more susceptible to complications from Covid-19. Yet, many people, even the parents of these young men, are screaming for football to begin. One wonders what the reaction will be when the first kid dies.

Youth sport parents are probably a bit more reticent about letting their little ones play. I sense the number of participants at the youth level will continue to decline, a trend that has been happening over the last decade as children have become more entranced with video games than actual ones. 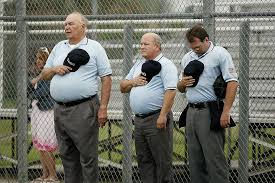 The sports officiating population is aging at a rapid pace. I think many of them will not return until a vaccine for Covid-19 is available.

The kicker here is one most athletes, parents and coaches often don’t consider. If they set up a season’s worth of contests will there be enough officials to go around? After 40 years of wearing stripes, I can confidently say no one cares about us unless we’re not there at game time. Note that even prior to the pandemic games were being cancelled or played without the full complement of officials because there just aren’t enough arbiters. The officiating population is aging and young people are not stepping up in large enough numbers to fill the gap. On top of that, many of those that do are quitting after just a few years on the job citing the decay of sportsmanship as the main the reason. Statistics show the average age of an American sports official is 52, with many working well into their 60s. When you add the dangers of  Covid-19 into the mix, it’s likely many who blow whistles and call balls and strikes simply won’t return to the field.

What happens to your plans for a sports season then?