When I was a reporter I took my role as a journalist seriously.

I was raised in the late 60s and early 70s in Northern New Jersey, where our news came out of New York City. Back then, the news set was peopled by jacket-and-tie wearing men, journalists who almost never smiled and who delivered the news with solemnity and purpose. My parents read the now defunct Newark News over their morning coffee and the New York Times with their evening cocktails, a time during which my siblings and I were expected to be quiet and respectful.

So perhaps it’s not surprising that I wanted to be a reporter, a position I would hold for fifteen years, working in both television and print.

I grew up watching Roger Grimsby and Bill Beutel anchoring the evening news. Two men who clearly understood that journalism was a revered vocation and that there were hard rules involved in getting a story right.

For example, one never ran a piece without getting three sources to confirm the veracity of a story. Truth mattered. As did balance. A reporter was expected, in fact required, to give equal time or space to both sides of the story. The reporter’s opinion – either overt or covert – was never part of the story. Ever! Reporters also had to utilize irreproachable sources.

Today, however, the journalistic world has been turned on its ink-stained head at some media outlets. Note here I said some. These venues – which shall remain nameless – have picked sides. An idea that certainly has Grimsby and Beutel spinning in their graves.

I hate to even utter the words “fake news,” but in today’s world, mistrust of the media is rampant, because of those who put opinions in their stories instead of facts.

As often happens when a few bad apples take hold in our collective consciousness, all others are tainted right along with them. So now, everywhere you turn, people are dismissing journalists as liars and purveyors of — I hate to even say the words — “fake news”.

I cannot tell you how much this idea hurts. Once we trusted the media and looked to journalists as voices of reason, especially in difficult times. Their balanced reporting spoke to us and, more importantly, asked that we make our own decisions regarding the day’s events.

I have tried to recall the time when respect for journalists changed so dramatically. Note that the following is only an opinion based on my own experience, and here I will take on local TV news. When I worked for a station in Phoenix, Arizona, my news director called me into his office one day.

“You need to talk to the other people on the set,” he said.

“If you don’t, viewers will think you don’t like your co-anchors.”

“I would rather use the time to get in an extra story,” I countered. “Why would anyone care if I like my peers?”

Sadly, it apparently did matter. Anyone who has watched two minutes of local news over the last ten years will concede that viewers are now subjected to what the anchors had for breakfast, what their kids are doing, how they feel about the weather, or any number of cute conversations orchestrated to make the viewer believe they’re just one big happy family. (For those of you who are industrious, perhaps you’d like to pick the station of your choice and time the extent of these conversations that do nothing but eat up airtime that might be better used to, you know, give us the news.)

In my opinion, all this jovial banter has resulted in viewers taking the news less seriously. And it’s painful to watch anchors constantly flipping their switches as they bounce between the deadly crash on the freeway and the proverbial water-skiing squirrel, or even worse what’s trending on Twitter. This folksiness has dumbed down local news.

Freedom of the Press is enshrined in our Bill of Rights. But what good is it if no one trusts the media?

That said, local news is still where the real journalism occurs. While the networks and some large and once highly-respected urban newspapers have abdicated their former high standards – and should be mortally embarrassed by the tainted tales they spew – true journalists are still working hard in local markets all over the country. Reporters with integrity who understand the importance of the press as identified in our Bill of Rights.

What can we do? First, we need to separate news from entertainment. Perhaps Reuters/Now has it right. No anchors. And you never see a reporter or even hear their names. The news is delivered without fanfare. Just the facts. Put the anchors on the entertainment side of the newsroom where they can run all the cute cat videos they want. Also, commentaries and editorials are just fine, as long as they’re labeled as such. No sneaking in opinions where they don’t belong. And let’s pick real experts to interview, people with actual credentials in the field they’re discussing.

It is my fervent hope that the American public will someday soon find a way to trust journalists again. Because without that conviction our world will become a very scary place. Despots and dictators understand that one way of corralling freedom is to destroy faith in the press. Every year journalists worldwide are killed for reporting the truth where the facts are uncomfortable for those in power. That’s the reason freedom of the press is enshrined in our laws. As I told my students when I taught journalism, the job of reporters is to shine light in dark places.

Without that what hope do we have? 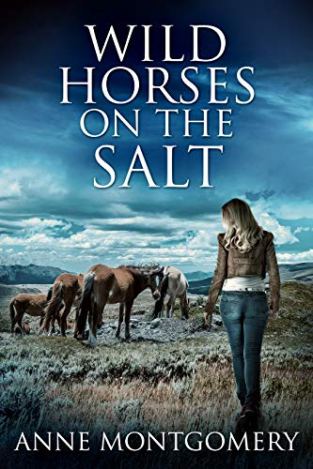 3 thoughts on “Can journalism be saved?”