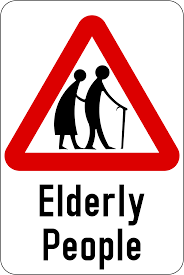 I was listening to the news the other day when the reporter commented that a woman in the story she was covering was “elderly”. I wondered what she meant by the adjective. What I found is that the definition is rather hard to pin down.

According to Merriam-Webster, elderly means “rather old, especially past middle age.”

So, then, what is middle age? The definition today is “between 45 and 65 years of age,” but that has not always been the case. Prior to the 20th century, human life expectancy in the US was 49, so middle age would have been about 25. (I wonder what today’s youngest millennials would think about that.)

When I asked my high school students what age they think is elderly, someone blurted out 24.

And then there’s this. My mom resides in an independent living facility. She mentioned  that she had recently met a woman. “She’s not elderly,” my 94-year-old mom commented. “She’s 82.”

So, clearly, the term elderly is confusing. And to some it’s downright derogatory. A story posted by NPR was titled “An age-old problem: Who is elderly?”  In it, Michael Vuolo, the co-host of Slate’s Lexicon Valley podcast, was quoted as saying,  “Nobody likes to think of themselves as old, let alone very old. ‘Elderly’ often carries the connotation of feeble and dependent. Which is offensive if you’re not and condescendingly euphemistic if you are.”

Admittedly, I’m a bit wobbly at times, due to bad knees and a crumbling spine, but, geez, I can take care of myself. While I do ask my 22-year-old son to bend down and get things out of the lower cupboards, I would never categorize myself as dependent. Feeble? Call me that at your peril.

In Asian countries, older people have historically been valued and respected. Likewise, in the Mediterranean and Latin cultures. Sadly, here in the US, we live in a culture that worships youth, a predilection supposedly based on our Puritan forefathers who prized independence and a strong work ethic, qualities that apparently expire as we age. (One wonders how they measure such things.)

And here is where I confess that, on my next birthday, I will be 65. Six-and-a-half decades seems to be the “elderly” threshold, one where there is no longer any wiggle room for argument. So, I am soon to officially wear the “elderly” mantel.

I could, perhaps, smile and go with that overused adage, “You’re only as old as you feel,” but, truth be told, sometimes I feel like I’m pushing 100. Yet, at other times I find it hard to believe my wild 30s happened more than a few weeks ago. Sigh… 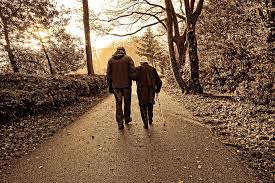 Our lives may not get easier as we age, but apparently we do get happier.

A recent poll asked 2,000 Americans between the ages of 16 and 34 their thoughts on older people. The results concluded that, among other things, these kids believe we will  become an economic burden, that we are out of touch with technology, and that we are the worse drivers on the roads.

Imagine how surprised those young whippersnappers – yes, I said whippersnappers –  would be to learn that the happiest decade of life is said to be the 70s. The second happiest is the 80s. While that certainly doesn’t mean getting older is easy, the idea of getting happier as we age is uplifting.

Now … if only I could get out of my chair.