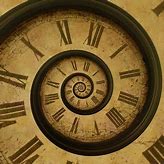 What if we could travel through time?

I love history. In fact, I’m a certified history teacher, though I only taught history one year. That said, I sometimes find myself pondering what my life might have been like had a been born at another time.

I consider, for example, the 17th century, especially when I’m feeding my three black cats. Originally, cats were considered sacred, especially in ancient Egypt where they were symbols of grace and where harming a feline could result in one’s execution. Several thousand years later, however, those same creatures became feared. Especially, if they were black. 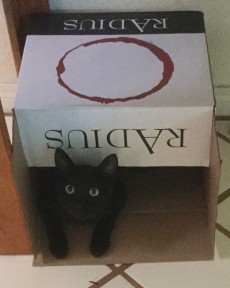 Just one black cat in the 17th century would have branded me a witch.

As they weave around my legs, mewing for their dinner, I sometimes remind my feline friends that their ancestors did not have it so well.

“You know, four-hundred-years ago, you guys would have been toast,” I say, staring into a trio of golden eyes.

Of course, I too would have been burnt bread. As a red-headed, freckled woman who is not accustomed to always doing what she’s told, I would have quickly been branded a witch. Back then all a woman had to do was refuse a guy’s hand in marriage or speak up against some injustice and wham! the locals would pull out the witch card.

And it did no good to object. “No, really, folks. No spells being cast around here. And those black cats? Not mine. Never saw them before.”

But since they had a really good test to determine one’s witch status, there was no need to worry. My neighbors would have simply bound me in ropes and tossed me into the nearest river. The theory went that, if I drowned, I was innocent. But if I managed to break free of my bonds and surface alive, well then, I was indeed a witch. So they’d just dry me off and burn me at the stake. 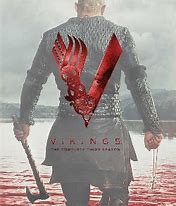 When watching the Vikings series, I sometimes consider what my life might have been like back then.

I also consider my ancient Irish ancestors, especially when watching the History Channel’s Vikings series. I like to think of my red-headed forbearers swathed in blue paint, staring down those big, muscle-bound, blond invaders, though there is no unequivocal proof that the battle gear of the day included said azure paint. I’m thinking life would have been rather messy back then, with all the mud and gore left over from those marauding Northmen. And cold. As a girl who’s lived in the desert for three decades, just thinking about those icy winds blowing through the cracks in my wee wooden hovel makes me snuggle down into my blankie. Now, if some strapping Viking warrior decided to stick around for a while, I might reconsider.

I also opine about what my life might have been like had I lived during World War II. In my mind, I would have done all the right things: save the innocent, fight with the resistance, be a hero. But let’s be honest. We have no idea how we might behave under such dire circumstances. I might just as easily have been a coward, worried about my own survival, running around like a five-year-old with my hair on fire.

Every once in a while, I wonder what my life might be like had I been born a bit later. Perhaps my quest to be both a sportscaster and a sports official might not have been so rocky.  A time when teachers, family members, and prospective employers might have encouraged me instead of shaking their collective heads at the absurdity of my desires.

The bottom line, however, is we can never know what we’d be like in another time, because we would be different, inexorably altered by our experiences and the circumstances of the period in which we lived.

So, while I enjoy my musings, even given the opportunity to time travel, I think I’d stay right where I am and not change a thing.